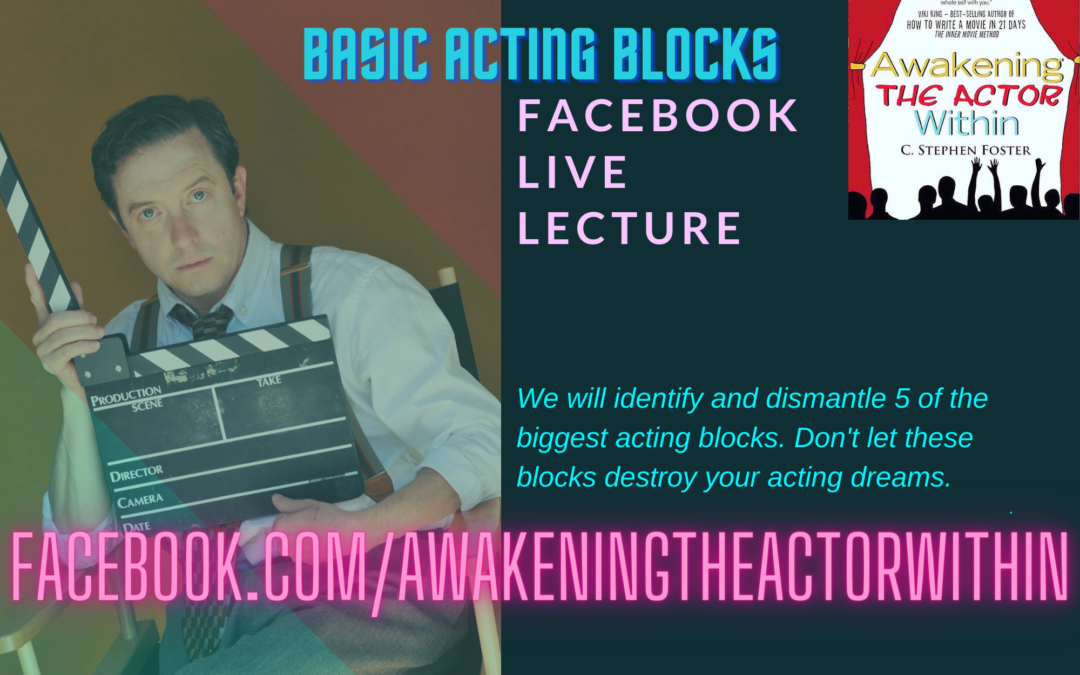 No actor likes to be blocked! We don’t always know we are blocked until we are suddenly NOT acting.  This is nothing to be ashamed of or embarrassed by.  Acting blocks are NOT mysterious and usually stem from some type of trauma or abuse to our acting career. We are often chided with “It’s just the business…” or “get thicker skin..” as if we can just “get over it!” Actors are extremely sensitive and even psychic in nature and what appears as the nature of the beast (not booking a job, an abusive director, a horrible review, a competitive friend, a belittling teacher, a horrible audition…) can insult us so much that we stop trying. It’s identifying the root of the trouble that can be challenging and even frustrating. We don’t like to admit when we’ve been wounded.  These blocks can be from internal or external circumstances, but they STOP the acting process.  When we start digging into what actually happened to us, we can begin to heal. There are 5 main blocks that challenge each actor and I have put them on the table for examination.

With this FB live lecture and companion PDF study course, I identify 5 major acting blocks and offer a solution for each one. 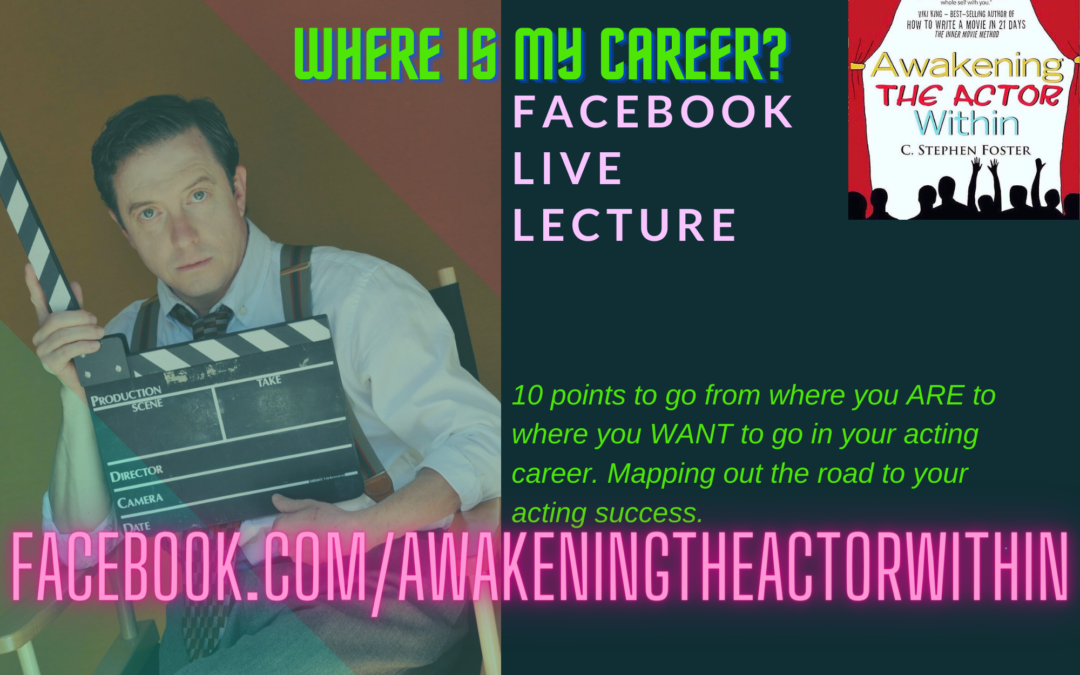 Where is MY career?

Where is MY career?

Where is MY Career?
How to go from where you are to where you want to go in your acting career!
It’s easy to get overwhelmed, confused and angry when facing the acting world, but these 10 pointers will help you to stay focused and sharp. Get out your notebook and get cracking!
Watch the video and complete the exercises! 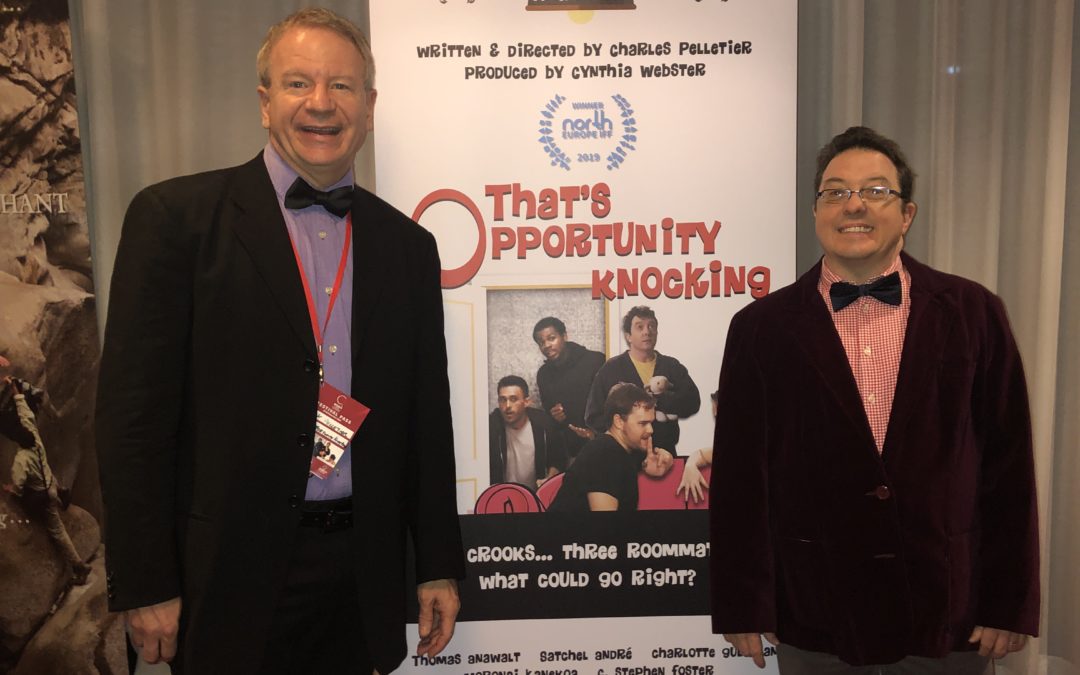 “Whatever you think you can do or believe you can do, begin it! Action has magic, grace, and power in it!” ― Goethe

After a series of defeats: a series of acting projects I was involved in had not panned out, my new agent dropped me, and I had to get a “day job” to stay afloat.  As an actor, these things are par for the course, they say, but to me defeat is defeat no matter how you slice it or view it. As actors we know when we are down for the count. We can feel it in our moods of disappointment and our waves of sorrow.  But my motto is always, “Never give up,” and I soldiered on!  I showed up at the “day gig” thinking, “How am I going to get my acting back again?!”  Truly “blocked” once more, WTF?

These outside factors can and do stop actors. That’s why in chapter one of the workbook, I ask point blank, “The reason I stopped acting, is….” There is always something that “happens” to actors that “blocks” them or prevents them from moving ahead.

I knew that I did NOT want to go through another round with an agent who didn’t understand me and sent me out on leprechaun and elf auditions. I’m five feet tall, you do the math!

As fate would have it, a co-worker said, “There is this company called Film Freeway where you can submit to film festivals for FREE! I’m submitting MY short film!”  Well, those were the magic words that turned my ship around!

We (my partner writer/director Chuck Pelletier and myself) took our short film “That’s Opportunity Knocking” which was sitting on a shelf gathering dust, and I IMMEDIATELY dedicated myself to submitting to film festivals. I bought books, I did research, created a PR campaign, and made the submission rounds. I had a “hunch” it would lead to something great, but NOT without hard work! I found a great quote in The Complete Filmmaker’s Guide to Film Festivals that inspired me: “The real work begins AFTER the film is in the can!” Which is great advice for actors who believe once they film something their work is completed. Hardly! I wish!

I started with a handful of festivals I had attended for other films and was rejected by them all. So much for, “It’s who you know!” But I kept submitting, and knocking on doors! Rejection, Rejection, Rejection! We finally got into some indie film festivals and then it all started to be “magic.” We started to WIN awards: Best Comedy, Best Director, Best Ensemble Performance, Best Comedy Scene. We were on a roll, and we stuck with it!

After you’ve done the work, and you’ve committed 100%, the Universe rewards you all over the place. Doors start to fly open, opportunities seem to come out of the blue. But it’s not “out of the blue!” or luck or anything of the sort. It’s called synchronicity, it’s called law of attraction, it’s called like attracts like.  My partner Chuck Pelletier and I travelled all over the USA and Europe promoting our little baby film. We went to London, France, Amsterdam and Warsaw! Vacationing while working.

During the first 2 years, the film got accolades, great reviews, awards then, suddenly, I started to get nominated and winning best supporting actor awards! I found myself stepping up to podiums to give acceptance speeches for my work.  I was finally able to be seen in my acting and it opened many new doors for my career. Many other filmmakers wanted to use me for their projects! In total we won 24 awards and 5 of them were mine for acting!
This encouraged me to look at other projects I had buried (screenplays, plays, web series, videos) and to unearth them and put them back into circulation with a new determination to NOT stop!

So, if you find yourself stuck or blocked, do some digging, “What blocked me? Who blocked me? What happened?” and immediately get to work on ONE thing! One project that stalled you and see if you can mend it, fix it and get some mileage out of it.  I bet you can!  I know you can. “Never give up!” 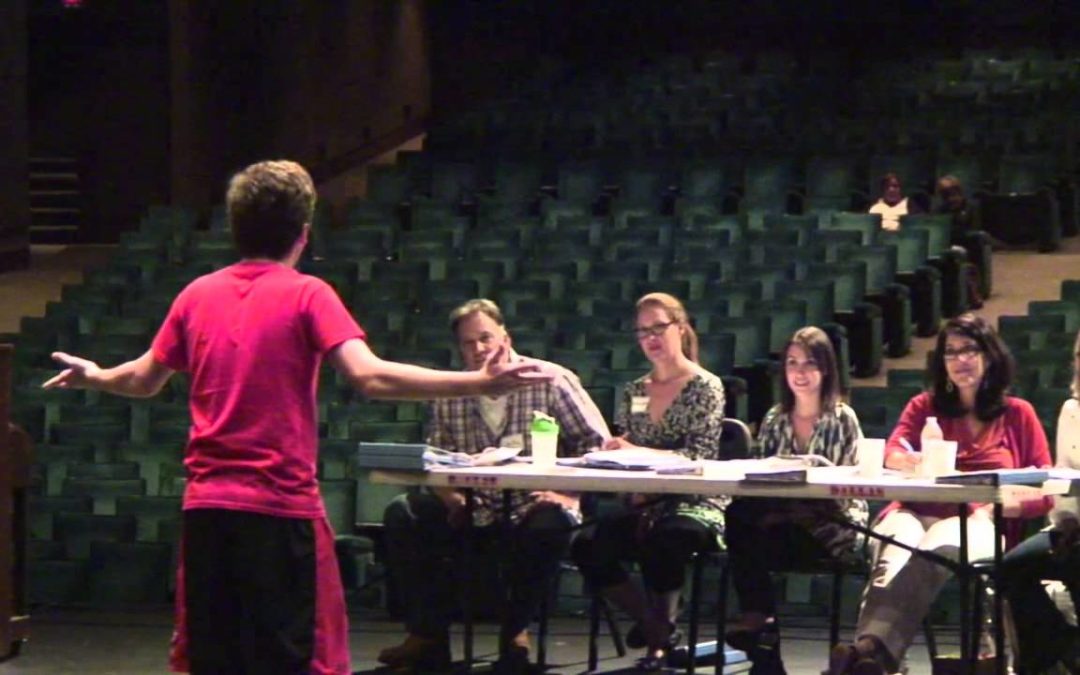 “There is a vitality, a life force, an energy, a quickening that is translated through you into action, and because there is only one of you in all time, this expression is unique. And if you block it, it will never exist through any other medium and will be lost.” ― Martha Graham

When I first meet actors, I ask them a very unassuming question, “What are your 5 favorite films?” I listen to their answers. I then ask them, “What is your favorite childhood book?” I once again listen for the response. Why do I engage in this line of questions? I do it as a science experiment. I want to determine 2 things: what makes a performer “tick” and what “gold” the actor is carrying. I call this the “Vein of Gold” and I outline it in my acting course Awakening the Actor Within.

As the writer of the musical The Green Room and an acting teacher, I’ve witnessed thousands of auditions and like many have tried to analyze what works and what doesn’t work. There is no one magic formula or recipe to make you “book” an audition. There is no ONE monologue or song that will guarantee you a callback or a booking, but there are things I’ve noticed: actors not choosing material that suits them and not committing to the material they’ve chosen. This is a BIG challenge. How do you choose material that is right for you? How do you have confidence in your material?

This comes down to the line of questioning I laid out earlier: What is your “vein of gold?” What is your brand? (I know actors HATE this! “What am I? a box of Frosted Flakes?”) What are you selling when you walk in the room? All of these questions must be answered because when you go into an audition “THEY” are looking for 2 things:

1. Are you right for this role in THIS production?

2. Who are you as a person? (Will you get along with others or be trouble?)

So as an actor at an audition, you are peddling yourself the moment you enter the space (and in the hallway outside). Talent is a large factor but so is knowing yourself as a performer. You don’t want to be girl #782 singing “Defying Gravity” from Wicked or boy #283 crooning “One Song, Glory” from Rent. You don’t want to trot out the Blanche monologue from Streetcar Named Desire if you are 23 years old. If you are 52 years old, you don’t want to audition for You’re a Good Man Charlie Brown. Are there exceptions to this rule? Yes, if you make a strong and bold, committed choice.

One of the BEST auditions I ever saw was at a workshop and a comedic actress nearing 40 brought in “Dance 10, Looks 3” from A Chorus Line! Now this song has been sung to death, but this actress sang it and had us rolling in the aisles. This audition worked because it was the contrast between the character who gets plastic surgery and the plain Jane who was singing it. I would have cast her in a heartbeat because the actress had imagination and knew how to poke fun at herself and was 100% committed to the material. This would have been just another girl singing “Dance 10, Looks 3” if she had been a hot babe.

You want to select unusual and SPECIFIC character material. You want to project what your mission is at the audition: What ROLE am I aiming for and how do I want them to see ME? (If you are funny, tell a joke! If you are serious, be more professional.) I’ve seen so many actors come in the room with talent and zero personality. I’ve witnessed actors killed by less than, ambiguous material. Woody Allen says, “Casting is 90% of the director’s job.” I’ve cast poorly and lived to regret it! I’ve cast the right people, and it’s been an enchanted journey.

As performers, look for material that inspires and stimulates you. Choose material that says something about the role you want and the personality you are bringing in the room. Dig, hunt, scratch, and claw until you find the BEST material for YOU and don’t wait until the week before the audition to start hunting for that material. That is another reason the audition fails: actors wait until DAYS before an audition to learn their material when they should have done it weeks ago. They go into the room shaking with “Will I remember the words?!” instead of going into the room 100% memorized and full of self-confidence. When a director sees an actor “searching” for his lines, they are most likely NOT going to cast YOU! So, get that stuff nailed down: Who am I? What am I great at? What roles am I best suited for? Who am I showing them at THIS audition? Your package is your selling feature. You are like Willy Loman in Death of a Salesman you have to know YOUR territory. You are a traveling salesman selling yourself. You have to know the YOU that you are peddling.